What Are the 5 Stages of Parkinson’s Disease?

Parkinson’s disease is a progressive disorder that affects the nervous system. Symptoms start slowly and become gradually more severe over time, often resulting in the need for long-term, around-the-clock care.

Medical professionals classify Parkinson’s disease into five stages based on symptom progression. Patients with stage 1 Parkinson’s disease typically have mild symptoms that affect one side of the body, while stage 5 patients experience the most severe and limiting symptoms. 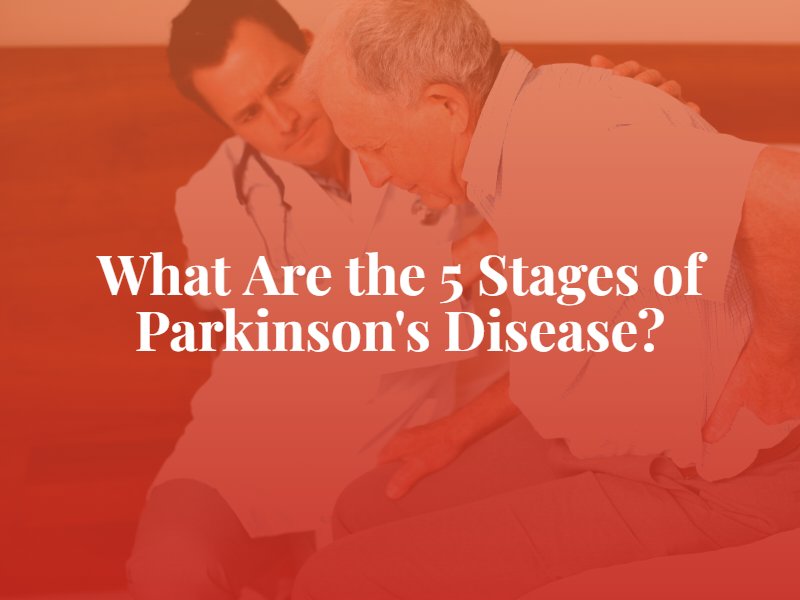 Stage 1 Parkinson’s is the mildest form of this disease. It is common for patients to experience some changes, but they typically do not interfere with daily activities. In fact, many people do not even notice these minimal symptoms.

Most stage 1 patients experience tremors or shaking, that generally affect one side of the body. Other movement symptoms, like muscle stiffness, may also occur. At this stage of Parkinson’s disease, doctors usually prescribe medications that can effectively minimize these mild symptoms.

During stage 2 of Parkinson’s disease, symptoms start to become worse and begin to affect both sides of the body. Symptoms are moderate and more noticeable and may include tremors, muscle stiffness, and trembling are common during this stage.

Posture changes may become more noticeable at this stage. A person may start stooping or he or she may see sudden changes in gait. Difficulties with walking are common among stage 2 patients.

These symptoms do not interfere with daily tasks and patients are able to live alone. However, some tasks may take longer to complete.

Stage 3 patients begin to experience difficulties with balance and may become more prone to falls and accidents. Movements become noticeably slower, and daily tasks become more difficult to complete without assistance. However, patients are still able to live alone and retain their independence.

Treatment for stage 3 Parkinson’s disease patients includes medication combined with occupational therapy. While there is no cure for this condition, these treatment options can help alleviate symptoms and make them easier to live with.

During stage 4 Parkinson’s disease, symptoms begin to become severe and limiting. Patients experience significant decreases and limitations to movement. While patients can stand without assistance, movement often requires an assistive device like a walker.

As a result, patients with stage 5 Parkinson’s disease require live-in, around-the-clock care. Some patients obtain home caregivers, while others live in residential facilities. This level of care is necessary to prevent accidents and ensure that the patient has his or her daily needs taken care of, such as eating, dressing, and bathing.

How Long Does It Take Parkinson’s Disease to Progress?

In general, the progression between stage 1 and stage 2 Parkinson’s disease can take a few months to a few years. Patients may begin to notice significant changes, indicating stage 3 Parkinson’s disease, within 3–7 years. For some people, it can take up to 20 years or more to move through all five stages of this condition.

The Long-Term Impact of Parkinson’s Disease

If you or a loved have Parkinson’s disease, you know that living with this condition can be a challenge. You must modify several areas of your life and sacrifice your time, finances, and emotional well-being, resulting in a significant hardship.

Medical costs for Parkinson’s disease can be extensive. You may need to pay for medications, surgeries, doctor’s visits, mobility devices, and long-term or live-in care. Your condition may cause you to miss weeks or months of work or prevent you from going to work at all.

The physical and psychological impact of the disease can have a profound impact on your life as well. It is very common for patients to experience depression and anxiety, and a feeling of a loss of quality of life.

Are You Eligible for a Parkinson’s Disease Claim?

If you were exposed to Paraquat and later diagnosed with Parkinson’s disease, you may be eligible for a claim against the herbicide manufacturers. Through your lawsuit, you can recover compensation for medical expenses, pain and suffering, lost wages, and more.

It can be difficult to know whether you qualify for a Paraquat lawsuit. In these situations, it is important to consult with an attorney who has experience representing Parkinson’s disease patients in these types of claims.

As soon as possible following your diagnosis, contact a Paraquat lawsuit attorney who can evaluate your case and help you understand your options for compensation.