Military members understand the risks that they are taking when they enlist in the armed forces. They understand the heightened threat of severe injury and even death and undertake this risk to protect others. However, what many people often overlook is the risk of toxic exposure in their work environments, living spaces, and other places.

Exposure to toxic substances can result in immediate symptoms and long-term health effects that do not appear for years after the initial event. In certain cases, military veterans affected by toxic substances are eligible for compensation from the Department of Veterans Affairs (VA). However, many rules are important to understand regarding how the VA addresses toxic exposures.

What Are Common Types of Toxic Exposures Faced by Veterans?

Military veterans may have been exposed to toxic substances while deployed in certain places around the world or at certain military bases in the United States. Below are some of the most common toxic exposures faced by veterans:

When a military veteran applies for disability benefits, he or she must prove to the VA that the medical condition was caused or worsened by his or her military service. If the VA can verify this claim, the department will grant benefits and move to the next stage of the veteran’s application and assign a disability rating.

For toxic exposures, it can be difficult for the VA to make this determination. Therefore, the department has identified a list of illnesses and injuries that are presumed to be caused by toxic exposure, as long as the member served in an area associated with the condition.

New Presumptive Conditions for Burn Pits under the PACT Act

In August 2022, the Honoring our Promise to Address Comprehensive Toxics (PACT) Act of 2022 was signed into law. This Act expanded the presumptive conditions related to burn pits; previously, the vast majority of VA disability claims related to burn pits were denied. Under the PACT Act, more veterans can access the benefits that they deserve.

If you are a military veteran who was exposed to burn pits, you may be eligible for compensation if you served on active duty in a location near these environmental hazards. You must have been diagnosed with at least one of the following presumptive conditions:

In addition to expanding the list of presumptive conditions, the Honoring Our PACT Act also provides another avenue for compensation for victims of Camp Lejeune water contamination. Under Section 804 of the PACT Act, veterans and their families could pursue a federal cause of action if they lived at Camp Lejeune for at least 30 days between August 1, 1953 and December 31, 1987.

By filing a claim, they can recover compensation to help pay for the losses that they sustained as a result of their illnesses, such as medical care. However, there is a statute of limitations of two years from the day that the PACT Act was enacted for victims to file. If you believe that you qualify for compensation under this section, it is critical to contact an attorney as soon as you can.

How Can You File a Claim for Disability Benefits After Toxic Exposures?

After gathering these documents, you will need to submit your claim for disability compensation. You can file online, via mail, or by visiting a VA regional office in person. After you file your claim, the VA will make a decision and determine whether you are eligible for benefits. If your claim is denied, you have the right to file an appeal. 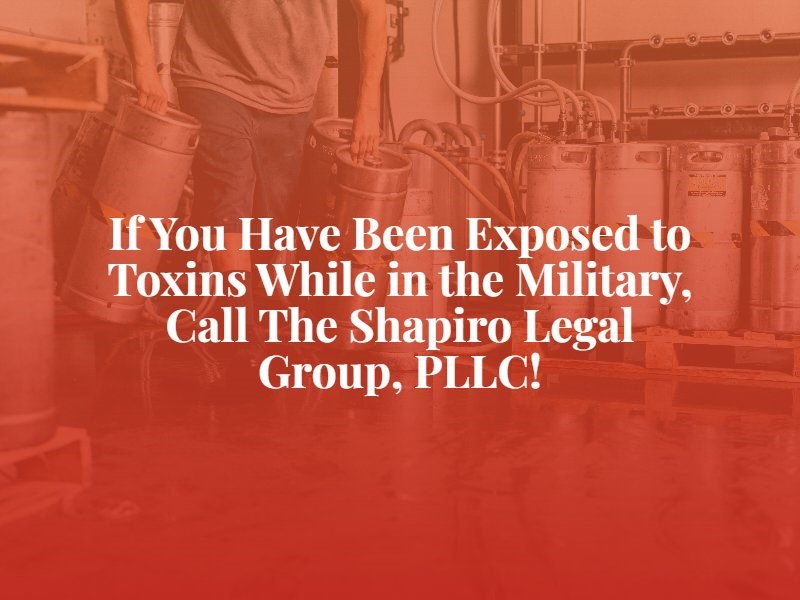 Were You Exposed to Toxic Substances as a Military Veteran?

Military veterans who were exposed to toxic substances deserve fair compensation for their medical care, lost wages, and pain and suffering. Under the PACT Act and other pieces of critical legislation, veterans have the right to recover certain benefits for military-related conditions. However, the VA can deny disability claims for a number of reasons, and it is important to both submit a comprehensive application and be prepared to file an appeal.

In these situations, it is important to consult with an attorney who specializes in cases involving veterans exposed to toxic substances. A lawyer can help you determine your optimal path to financial recovery and build a case for your right to benefits or compensation under the PACT Act. Contact an attorney as soon as possible to discuss your situation and plan your next steps.